Air Pollution has always been the focus of environmental concerns and campaigns. Most managers in industry know they have a problem, most want to do something about it, but most don't know what options are available, or who to turn to for implementation...
‍

Compost filters have been used to reduce smells and smoke from industry for decades. Essentially, the system sees the bacterial breakdown of components in aerobic conditions. The Bio-Fume compost filter system changes the nature of the chemistry of the smokes and smells, converting them into non volatile carbonates and bi-carbonates, which then add to the soil composition in solid forms. Bio-Fume Filter Systems work in the opposite way to vertical flow reedbeds.
‍ 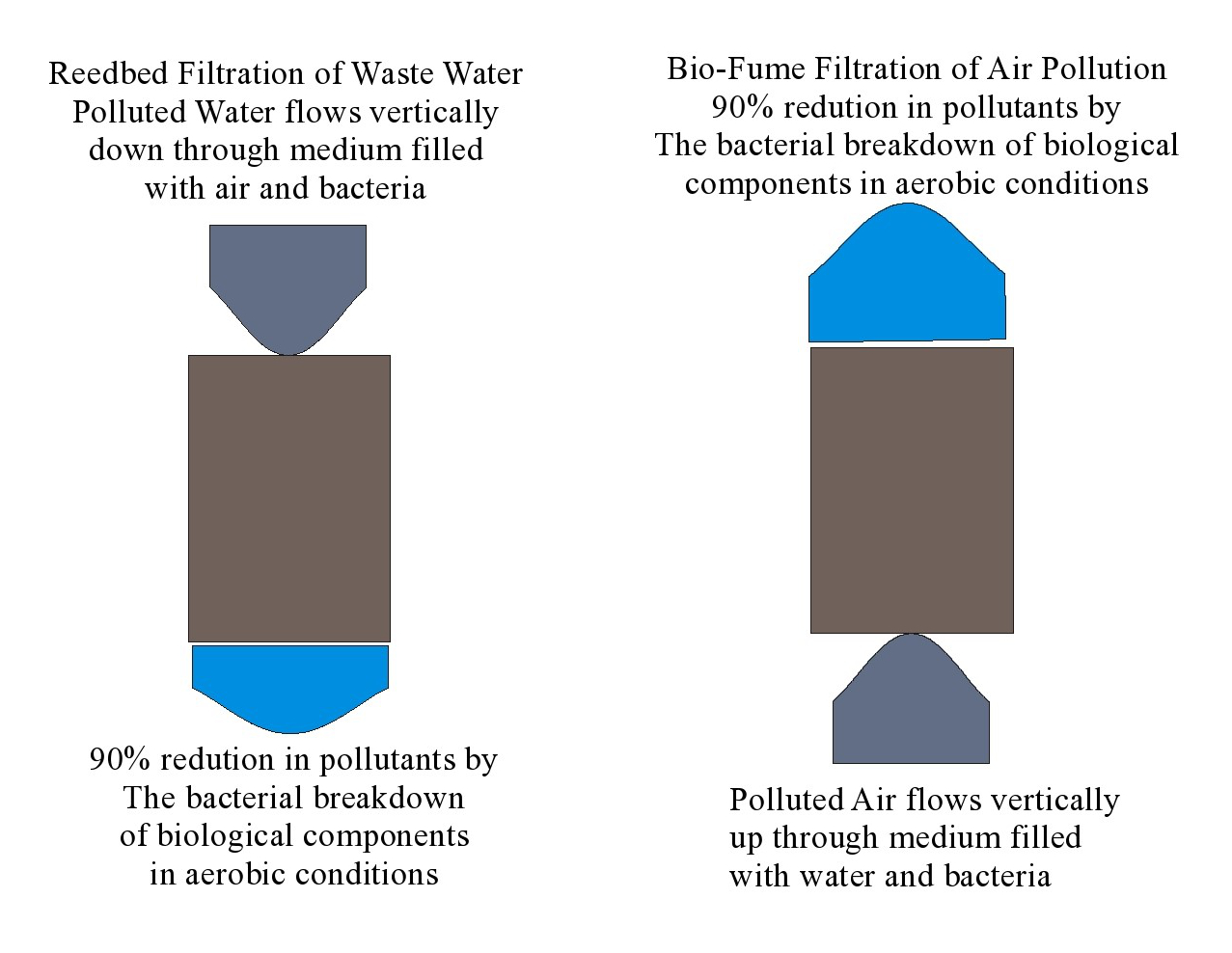 Most Air Pollution Filters use Activated Carbon. Bio-Fume Filters use Biologically Activated carbon in the specific composts used in this system.

How Bio-Fumes Filters Work
‍
Bio-Fume Filter polluted air through a moist bed of organic medium full of bacteria. Bacteria efficiently breakdown fumes passing  through the system. Our experience of Reedbeds demonstrates there is no better carbon filter than the living bacteria and carbonate/bicarbonates found in soils.

Sizing and Feed Specification
‍
Flow rates are established as being  between 250 to 750 cubic feet per minute ( CFM ) per square metre bed area. A flow rate of 500 CFM (14 CMM) would effectively filter.

The temperature of flow needs to be below 45 degrees centigrade for best bacterial action. The system also has to be kept wet / damp in order to work.

The system must not dry out. Standard drip watering systems work perfectly well, have low maintenance cost and are highly robust.
‍

We offer consultancy services to evaluate the optimum size for each installation.

So a solution to problems of smells and smoke is available, and it is affordable, too.
‍ 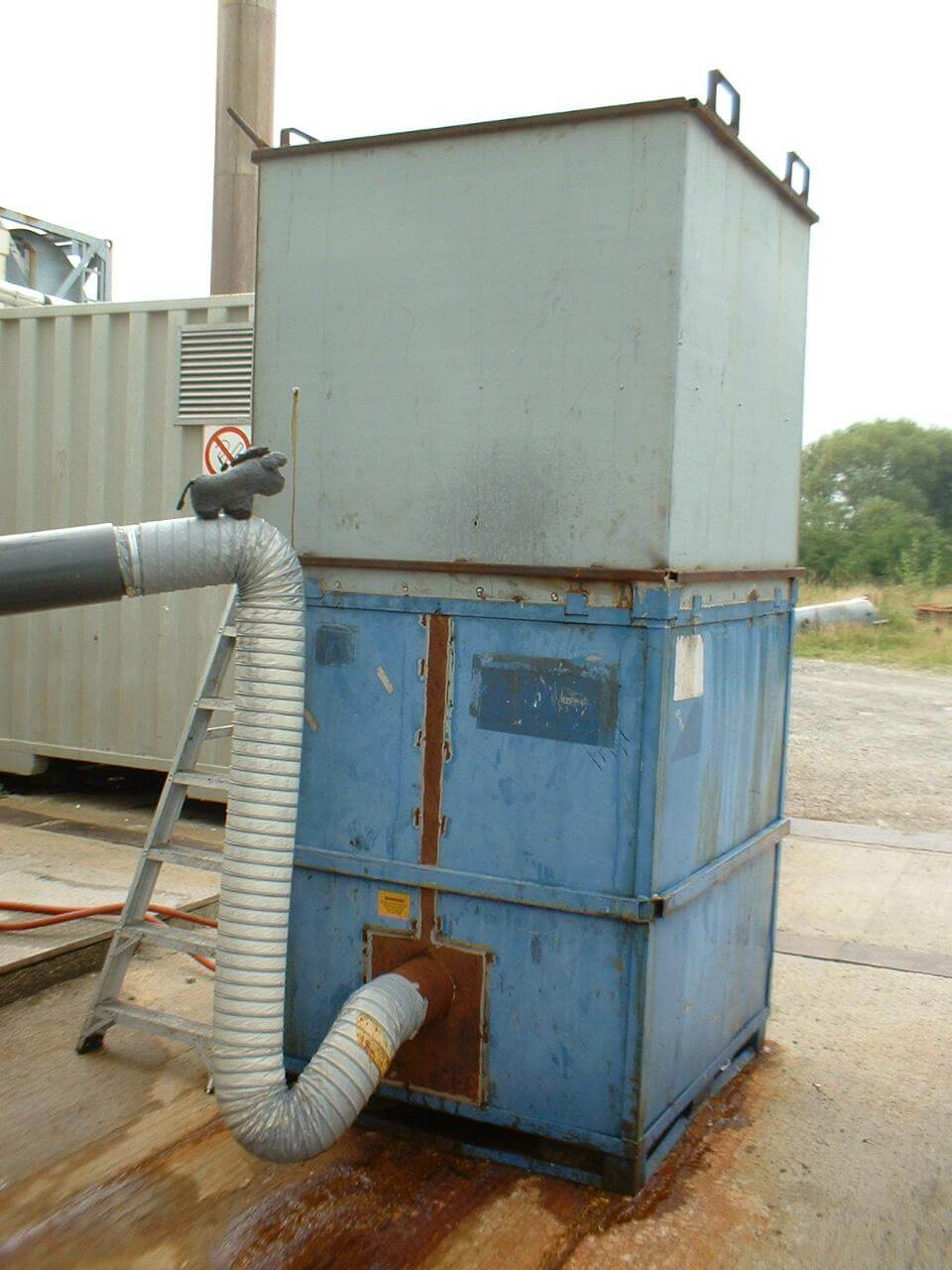 The ammonia smelling fumes were prevalent throughout the factory, and often spread into local homes, which were encroaching the factory.  (engineers will know this!) This 20m² Bio-Fume System was built on site, and reduced the smells and the ammonia levels by 85% to 95%.

Workers could go to work in fresher air conditions, compliant with occupational health requirements, and local residents experienced no further problems of smells of ammonia.
‍ Fumes were emitting from the factory at 90 degrees Centigrade. Cooling ducting managed to reduce temperatures to 45 Centigrade or lower.

NOx fumes from Electro-plating Company
‍
‍Once again, housing encroaching the factory were opposing smells, and the Company was under pressure to reduce levels of harmful NOx fumes.

Reductions of harmful NOx fumes were consistently measured as 95% in, and 5% out.
‍ 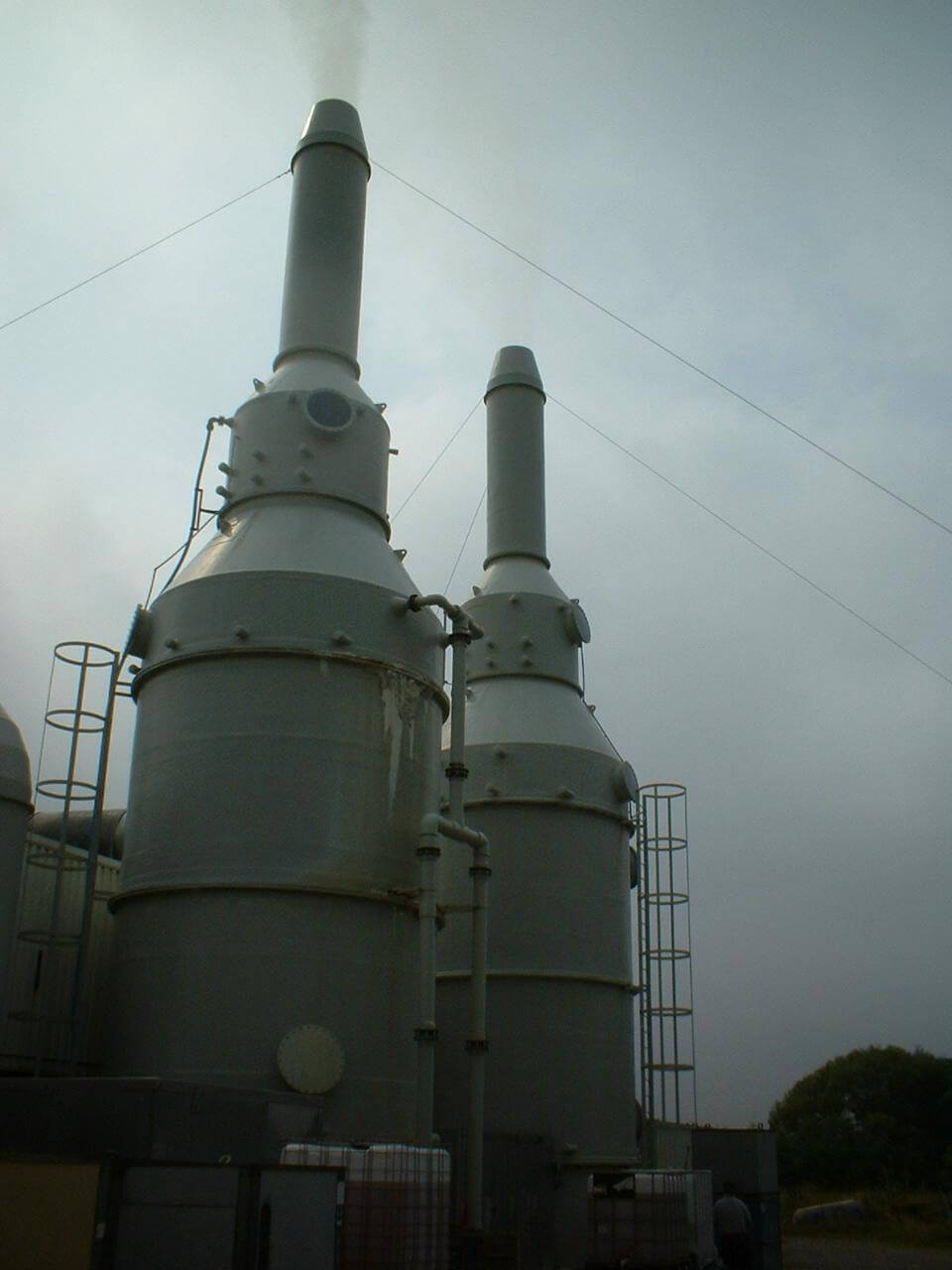 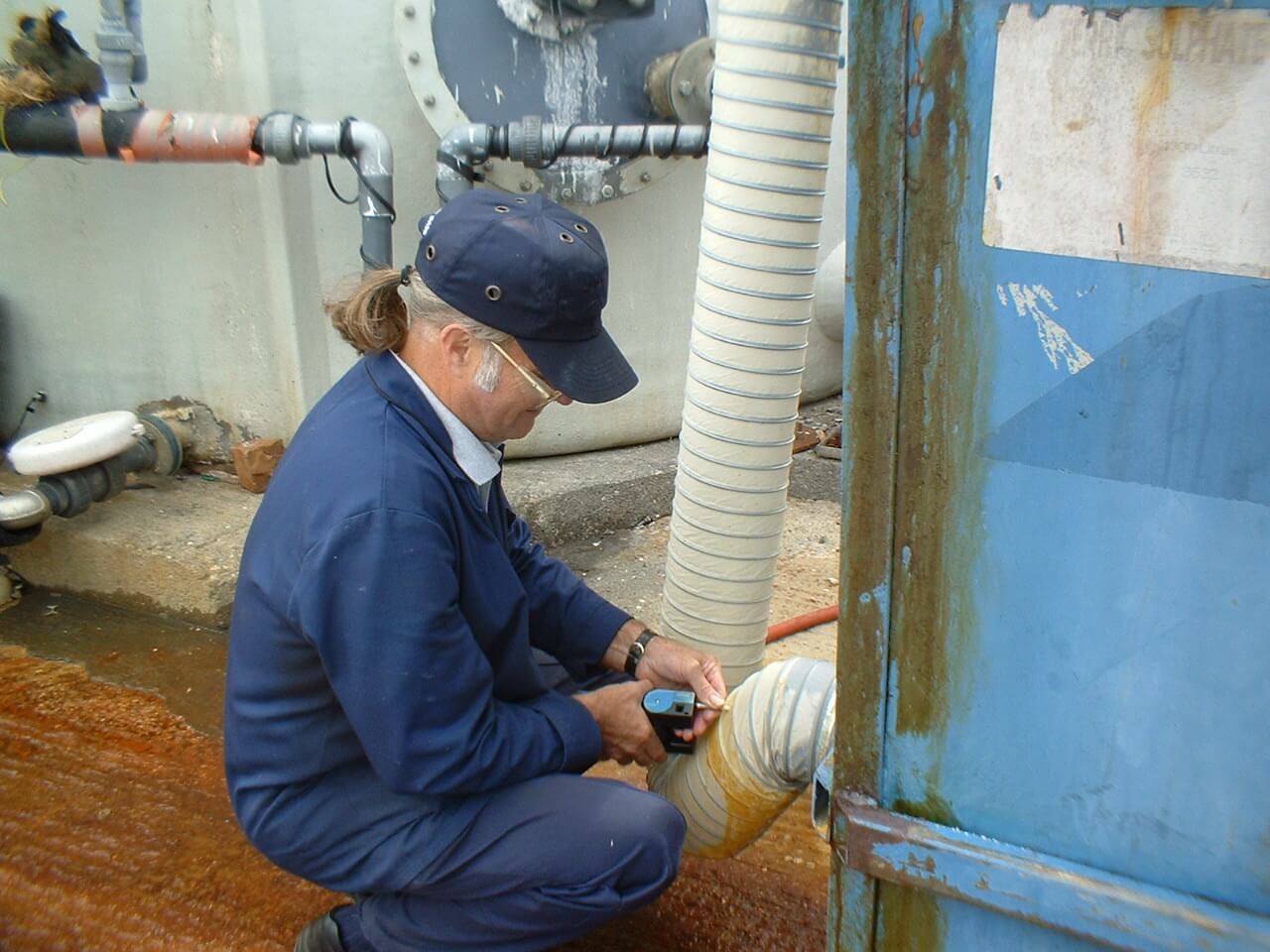 A company in The Czech Republic was producing smoke, which were being blown by the constant westerly winds, towards a town known as a holiday destination for Russians.

Pressure to reduce the continual plume of smoke was made on the company.

The main problem was Carbon Monoxide ( CO ), which was being produced from incomplete combustion. A Bio-Fume trial System was set up and performance measured.

Reductions in Carbon monoxide were 64%, which suggested perhaps a pre-filter chemical treatment may increase effectiveness.
‍ 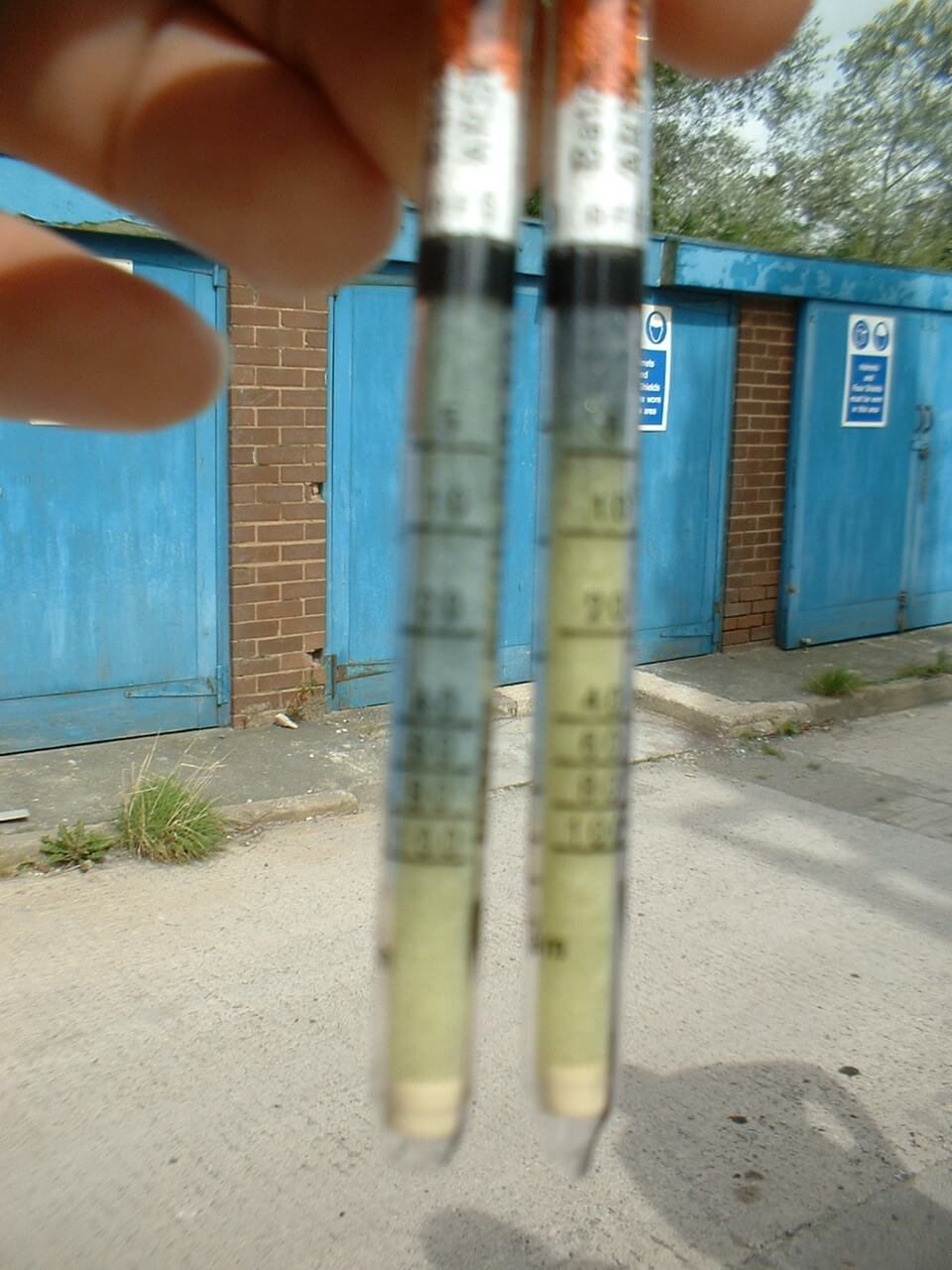 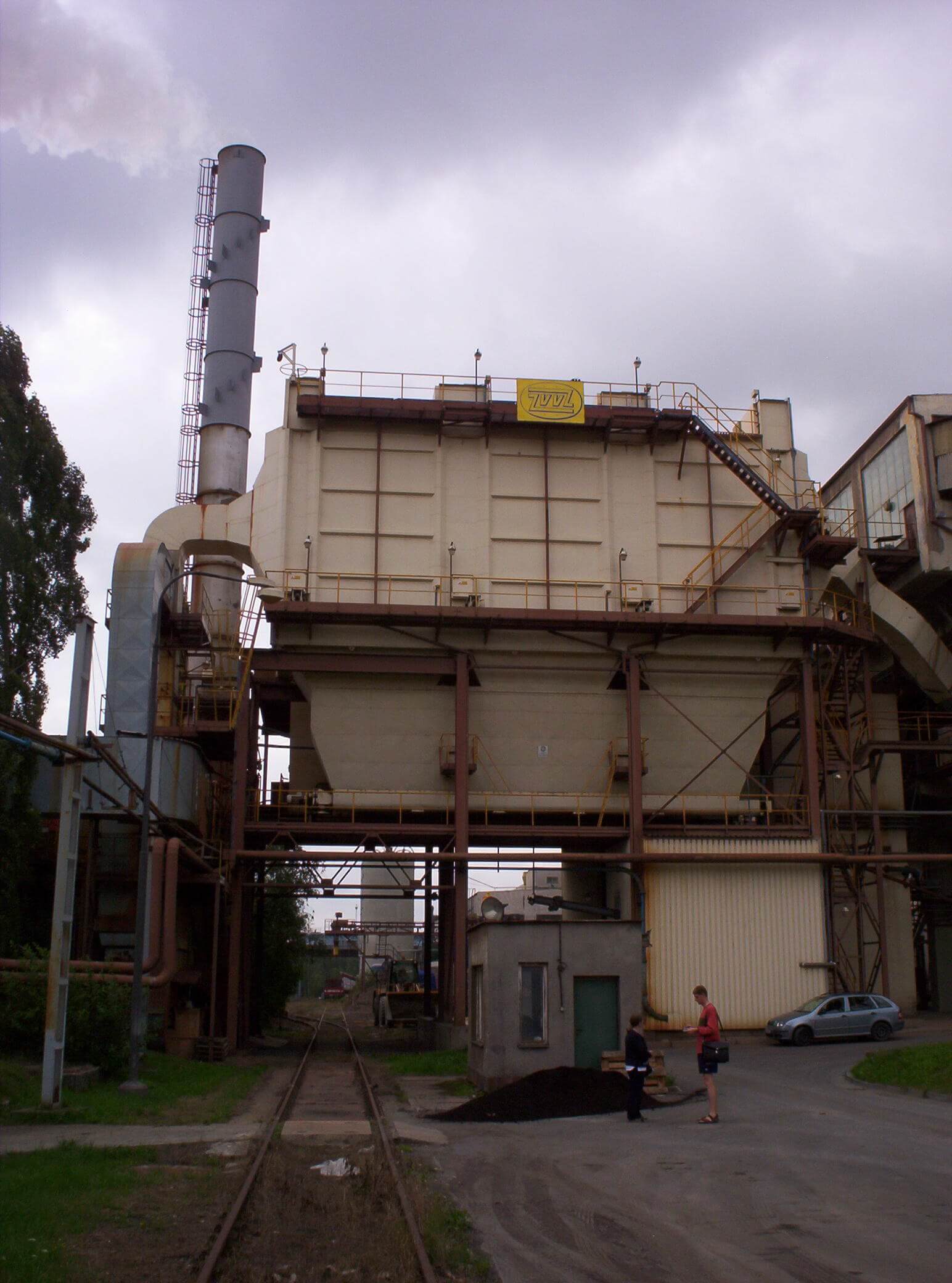 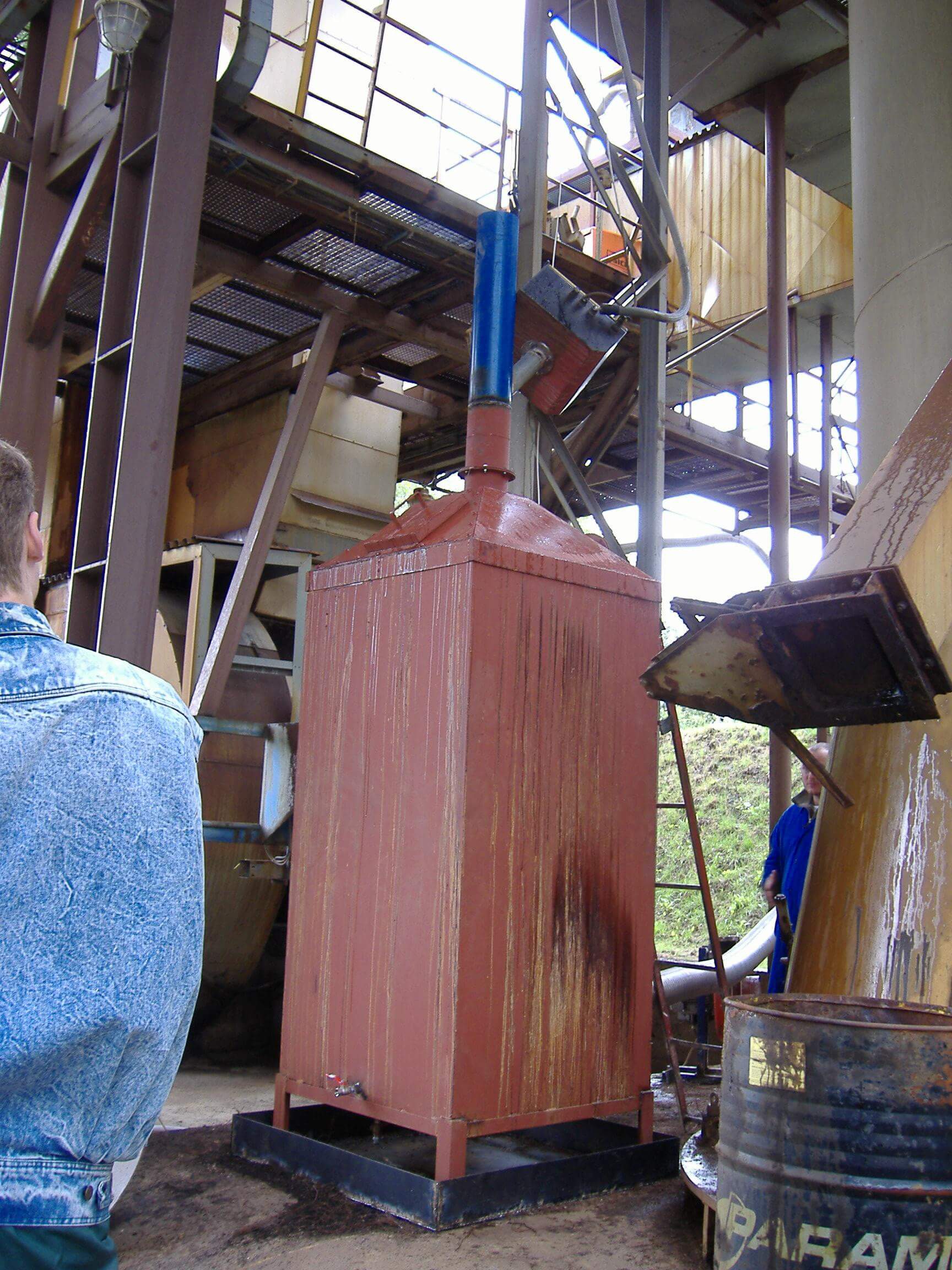 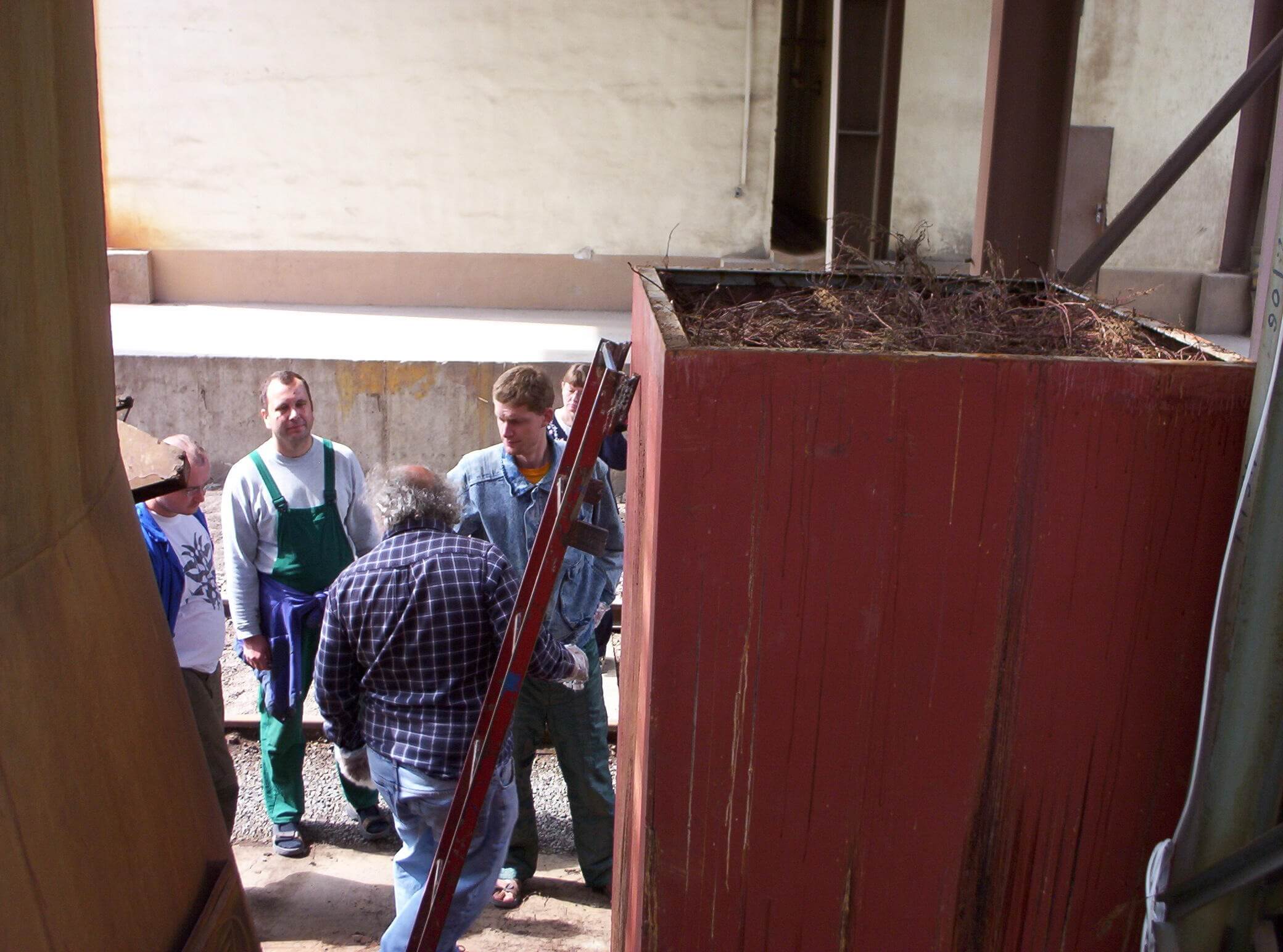 At the same time both Sulphur Dioxide and Carbon Dioxide were being reduced by 99%.

‍Costs / Fees
‍
‍In each of the examples it was the company that constructed the metal containers under direction and project management from Biofume.

Units constructed on the site, are built to that company's highest standards. Following plans and specifications provide by YES Bio-Fume. Yes Bio-Fume acted as Consultant Engineers to oversee the completed  construction of the working bio-system, designing and establishing flow rates, temperatures, and the dampening system.

For a single cubic metre system, total costs (including £3000 consultancy Fee) should not exceed £5000.
‍ 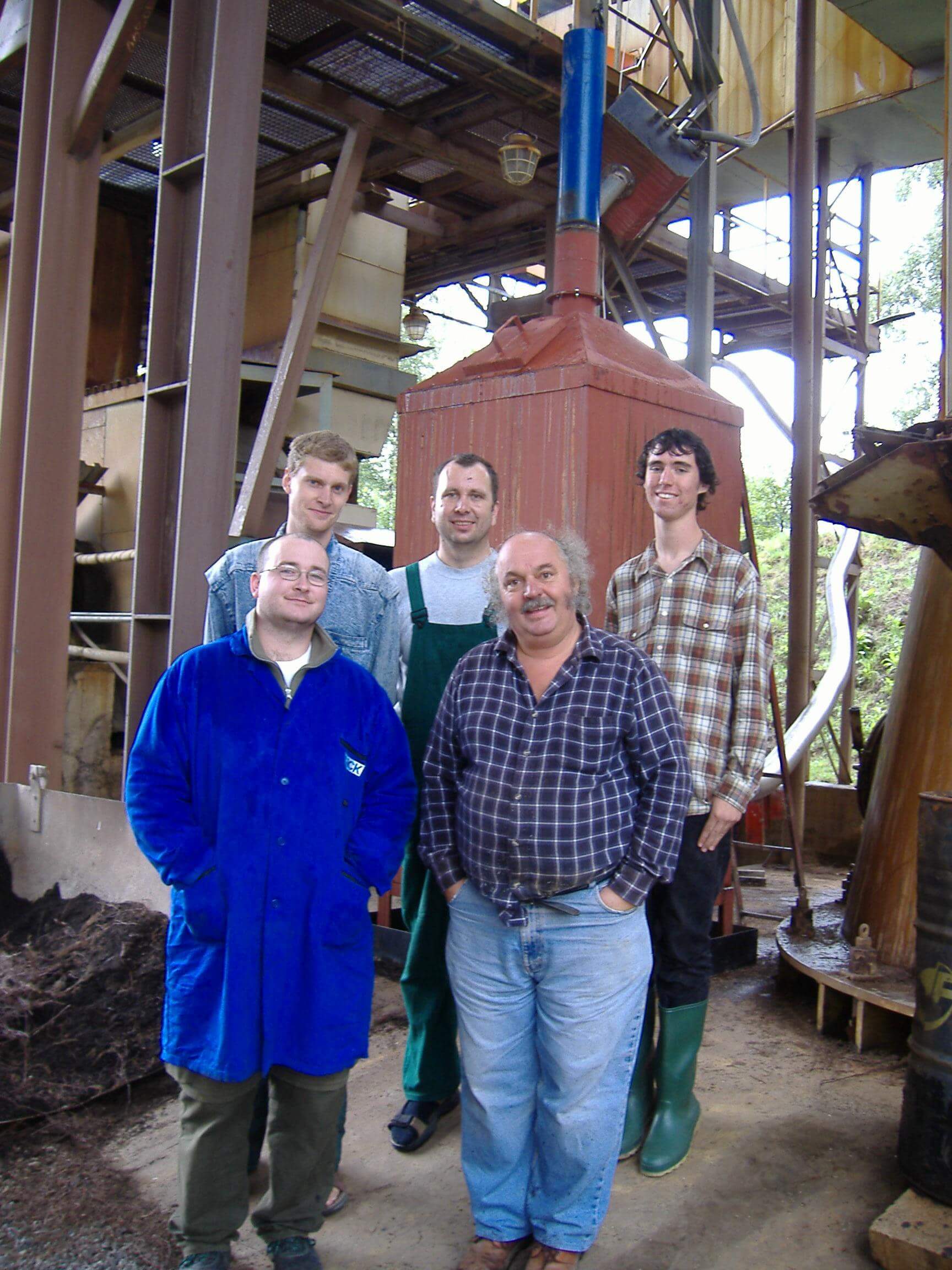 Maintenance and Management
‍
Yes- Bio-fume offer ongoing maintenance and service contracts for  management of the system, including regular measurement  of outflows, checks on flow rate, temperature and the dampening system. Annual testing and  certification of performance.

A management plan would include full re-building of the biobed after 5 years of operation.
‍

"We are always happy to talk about new and current applications. Call us for a chat and let us help you find cost effective robust solutions to your air pollution problems."